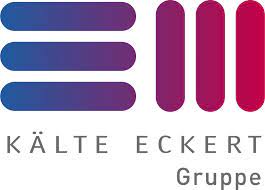 Frankfurt – Alantra, the global investment banking firm and asset management specialist, is pleased to announce that it has advised the shareholders of Kälte Eckert GmbH (VR Equitypartner as well as Michael and Holger Eckert) on its sale to Triton Smaller Mid-Cap Fund II (“Triton”). Michael and Holger Eckert, who previously held a significant minority stake, will participate in the transaction, and continue their roles as Managing Directors. The parties agreed not to disclose the financial details of the transaction.

Founded in 1966 by Horst Eckert, Kälte Eckert Group is one of the leading suppliers of sophisticated and customized environmentally friendly refrigeration systems, primarily focused on natural refrigerants and heat pumps for commercial and industrial applications. The range of services covers the complete value chain including consultancy, design, development, installation, and maintenance of highly engineered refrigeration solutions including tailored-made control software. Kälte Eckert, headquartered in Markgröningen, has successfully developed and installed a large number of refrigeration solutions across Germany and other European countries, including in Luxembourg, Switzerland, and Ireland.

The company employs around 100 employees across four sites in Southern Germany. In 2017, VR Equitypartner acquired a majority stake in the company to support its growth ambitions. Since then, the company has acquired three companies in Baden-Württemberg and Bavaria.

With Triton as an entrepreneurial partner, the management team is keen to continue the company’s successful growth path via buy-and-build and by expanding its capacities through its in-house academy. The Kälte Eckert academy is a platform for cross-company knowledge exchange, training, and further education focusing primarily on natural refrigeration. The shareholders aim to develop Kälte Eckert into Germany’s leading supplier of sustainable refrigeration and heat pump solutions. The market sentiment is favorable: Kälte Eckert operates in an highly attractive and strongly fragmented industry experiencing strong demand driven by the increasing awareness for sustainability and the supporting regulatory environment (e.g. the F-Gas regulation and European energy efficiency guidelines). An increasing demand for environmentally friendly refrigeration systems is a driver for growth in new installations as well as upgrades to existing refrigeration systems. Furthermore, the ongoing digitalization and automation of the building sector supports the demand for fully digitalized solutions.

Christian Futterlieb, Managing Director at VR Equitypartner, said: “We are proud to have supported Kälte Eckert during its transformation over the last five years from a successful and innovative family company to a regional refrigeration group focused on sustainable solutions. In a highly efficient and well-orchestrated process designed and managed by Alantra, we have found a new majority shareholder who is eager to continue our successful path. We would like to thank Alantra for their always competent and professional support throughout the entire process.”

Michael and Holger Eckert, Managing Directors of Kälte Eckert, said: “Refrigeration technology, like heating technology, is one of the key levers for energy transition in the building sector. For instance, we developed a solution for a customer in the hotel industry which will lead to a reduction of refrigeration-driven CO2 emissions by approximately 85% , while realizing energy costs savings of close to 70% over the next ten years. We are pleased that Alantra has found an investor, Triton Partners, who understands this macro trend and will help us to unlock the company’s full potential in the coming years.”

Juan Carlos Montoya, Director at Alantra, added: “Mandates from companies where financial investors and founding families are partners always represent a special vote of trust, especially if the company is managed by the family itself. We are honored to have supported VR Equitypartner and the Eckert family on the completion of this strategic process which represents another successful engagement in the building technology sector for Alantra. Following recent work on engagements such as Pipersberg, Greystone and Enerkey, this deal not only highlights Alantra’s experience in the segment of sustainable and energy efficient building technology, but also the increased interest of financial investors in ‘green investments’.”