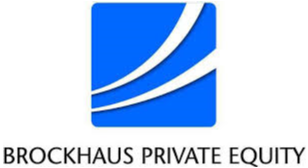 Alantra has advised Capvis on the acquisition of Thermamax Group, a leading manufacturer of thermal and acoustic insulation and shielding solutions from several shareholders including the founding family and Brockhaus Private Equity. Alantra’s Frankfurt team provided exclusive M&A advice to Capvis. The transaction is still subject to approval by the competent authorities. “This transaction marks the second successful buy-side mandate with Capvis within the past 18 months. In a highly competitive process with other financial sponsors and trade buyers speed was crucial for winning this deal”, remarked Wolfram Schmerl, MD in Alantra’s Frankfurt office.

With more than 300 employees, Thermamax Group is engaged in designing, developing and manufacturing thermal (predominantly high temperature) as well as acoustic insulation and shielding solutions for engine compartments, exhaust lines and other engine components across all diesel and gasoline engines, fuel cells, and electric drive systems for automotive, on and off-highway markets as well as in power generation, marine, on- and offshore platform applications. The company is headquartered in Mannheim, Germany, and has operations in the US, Serbia and China.

“We aim to further strengthen the Company’s position together with the existing management team and the highly-qualified workforce, as the importance of high-temperature insulation and acoustic protection is rising globally due to manifold efficiency, security and safety as well as environmental reasons.”, commented Eric Trüeb, Partner of Capvis.

Capvis is the leading private equity firm in Switzerland and one of the leading investors in German-speaking Europe and in Italy. With a current fund volume of €720m, Capvis focuses on majority holdings in leading mid-sized companies. It aims to support management teams in unleashing entrepreneurial potential and achieving new levels of excellence. Since 1990 Capvis has completed 53 transactions with a total volume of more than €5bn. Capvis has floated ten companies on stock exchanges and has repeatedly been voted Switzerland’s, and also Germany’s, best private equity firm by the international financial press.