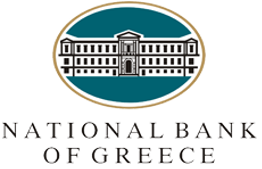 London – Alantra, the global investment banking and asset management specialist, is pleased to announce that its client National Bank of Greece (“NBG”) has entered into an agreement with the investment firm Bain Capital Credit (“Bain Capital”) for the disposal of its 100% stake in a Cypriot Credit Acquiring Company (“CAC Coral”) which includes a portfolio of non-performing SME,  consumer and mortgage loans with a total gross book value of c. €325 million (€200 million of allocated collateral value).

The transaction is being implemented in the context of NBG’s NPE deleveraging strategy and in accordance with the operational target submitted to the Single Supervisory Mechanism (“SSM”). The consideration amounts to c. 31% of the portfolio’s gross book value and the transaction has a neutral capital impact to the Bank.

Managing Partner Nicholas Colman stated “that he was very pleased for the NBG team and Bain that they were able to reach an agreement for Project Marina. Given the timing of the transaction, both teams had to be very pragmatic and innovative at various points throughout the transaction given the pandemic going on around us – we hope that it gives other sellers and buyers the confidence that deals can still be reached in the current environment.”